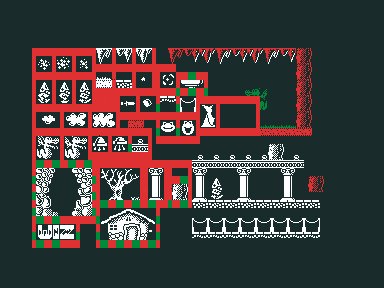 Graphics created by Carlos Abril for Wiz, an unrealized project for the Amstrad CPC prior to Phantis.

Some of these graphics were the basis for others which he would use later:

He likely refers to the dragon which appears in the second line of this page: