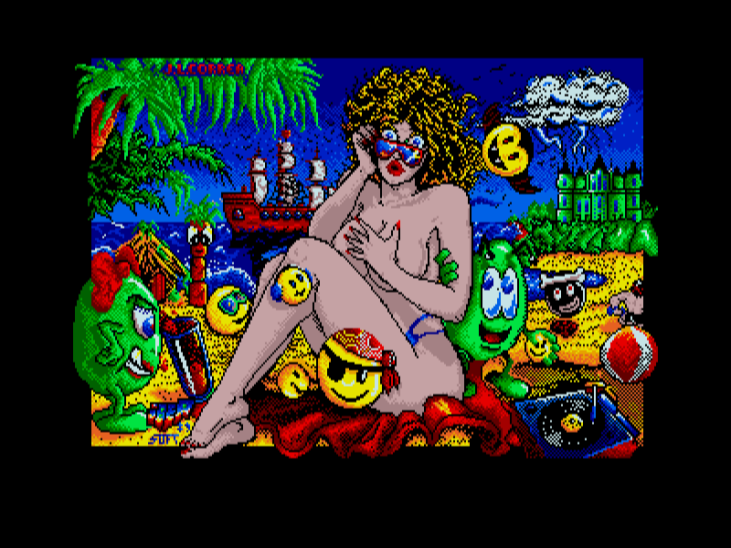 Trying the Atari ST version of the Toi Acid Game (which as some of you will know was rescued by its own graphic designer José Luis Correa, thanks to The Punisher), I found it strange that its main menu featured a “Compressed by Dwarf Crunching” in plain sight. 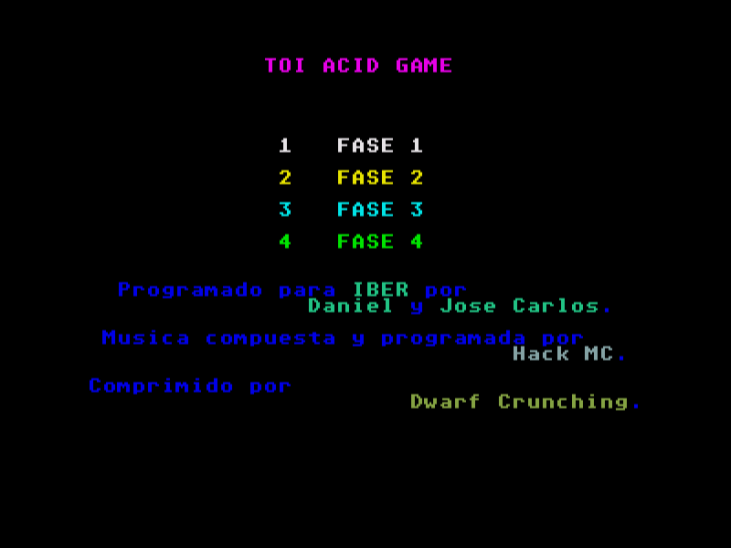 In the case of a game that never saw the light, it didn’t seem possible that it could have been pirated, so… what was that “Dwarf Crunching” about? I had to investigate.

As soon as we open the file in a hexadecimal editor, we already find the following:

In addition to mentioning the master of the game, they take the opportunity to greet the music composer and programmer in a good mood. It really doesn’t seem like a message added by a regular group of hackers.

But that’s not all, the best awaits towards the end of the disc. First of all, a brief paragraph thanks to which we can give the official mastered game a date:

The message continues later, confirming even more that it is not a group in favor of piracy:

So, in effect, the “Dwarf Crunchers” were officially responsible for compressing and creating the masters of the games that were sent to them, sometimes protecting them against the hordes of pirates. (What would they mean by “the botched job in Robocop”? 🤔)

And it doesn’t end here:

A masterful smilies lesson in 1990! It seems that Dwarf Crunchers were also ahead of their time in their homeland. For the curious, the “clown” would look like this with a column width of 16 characters:

Unfortunately, although we already have an idea of ​​what they were doing and have the nicknames of their two members, there seems to be no information about them on the Internet of the 21st century. Until someone can give us some more information, their participation in other projects will remain an unsolved mystery…

Ah, there are still a couple more things after the long message!

And the final climax:

The Dwarf Crunchers are none other than Javier Arévalo and Juan Carlos Arévalo. Javier tells us on Twitter:

Mr. @ICEknigh7 found the hidden messages we left in the master disc of an Atari ST game back in 1990.

Our job was to compress the game from 3 floppies into one. We used the leftover space in the disc to leave messages and a list of smileys. There are some ST scene names in there

All the compression smarts were my brother’s job, I did mostly plumbing.

JCAB’s words: “The I was so proud of the compressor… A somewhat optimized version of a brute force locator of common bit (I think) substrings. Very slow to compress (hours) [game was about 350Kb] but blazing fast on decompression.”