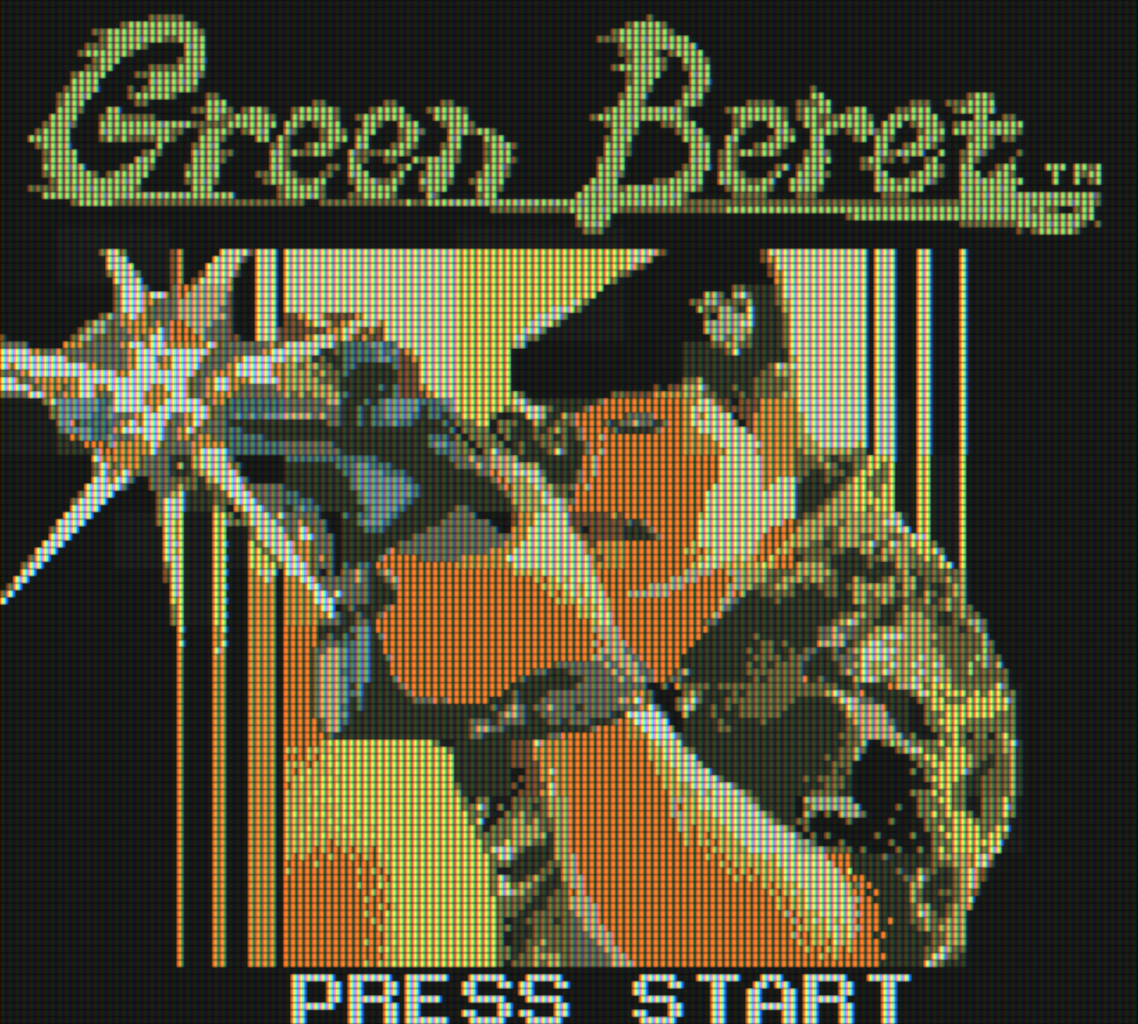 The other day, browsing through a backup from decades ago, I came across a couple of test versions for a Game Boy Color version of Green Beret, which its author Kak had sent me at the old #spectrum channel from the IRC Hispano server.

These ROMs, more based on the Spectrum version than the arcade game, made me curious if the game had ever progressed any further than that, so I started looking for info about the project on the internet. Shortly after, I found a video from a few years ago in which Javi Ortiz showed a seemingly final version (also recovered from a backup, by Marc Robledo), but this version was never made public.

Apparently, a rather inexperienced publisher had promised Kak to publish the game once it was finished, without even having any idea that the game was a Konami property, so the project was eventually canceled (albeit in a fairly advanced state).

Following a small chain of contacts thanks to Kusfo, Leanderpixel and HexDump, Kak himself has given us the permission to share this (practically) final ROM with all of you so, without further ado, here it is for your enjoyment along with the earlier prototypes:

(These links will inevitably self-destruct, save them and spread the word!)

UPDATE: Thanks to DevEd, now all ROMs work on real hardware. Links have been updated.

Figured out how to get proto 1 and proto 2 working on hardware/good emulators
Literally the exact same fix for both: change the byte at 0x153 from C0 to E0, that will get them to run
explanation for the fix: the original ROMs place the stack in SRAM on startup, which isn’t mapped by default and any attempt to read it will return $FF
eventually code execution falls on a ret, which causes code execution to jump to address $FFFF and subsequently crash
By changing that one byte, the stack is instead placed within WRAM which is always available, thus avoiding the crash

proto 1 and proto 2 both work with the stack fix, “final” shouldn’t require any fixing