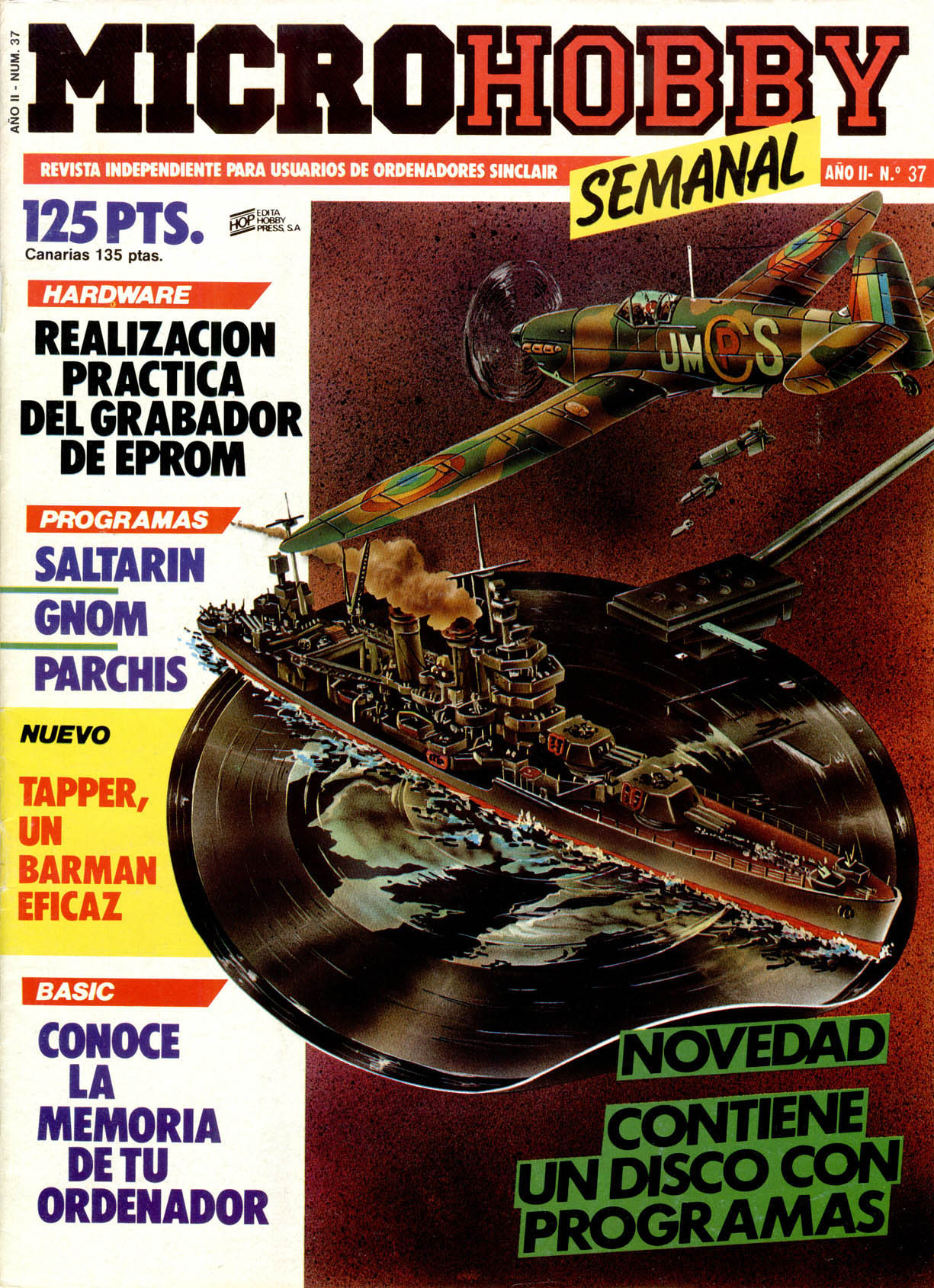 Obtained the correct dump of the “Discoflex” flexi disc included with MicroHobby issue #37.

After adding the last MicroHobby cassettes to MAME, my colleague AvlixA let me know that I had missed two games which had been distributed on flexi disc, a kind of more flexible vinyl ideal for attaching to magazines, but somewhat more fragile after many uses.

The dumps in “El Trastero del Spectrum” turned out to be not well preserved: the Hyper Sports demo had some incorrect pauses and the Wargame TZX had been re-created from a Z80, thus missing a loader and title screen, and the main block of Basic was edited.

Fortunately, Avlixa had a couple of cassette recordings of the disc’s content saved, but from which it hadn’t been possible to create TZXs at the time, so I decided to investigate.

By cropping the WAVs and creating TZX from them with the CSW2CDT tool, I was able to get to the exact points where it was failing and fix them. They appeared to be the same on both recordings, so it’s possible that the errors were already due to disc deformities and not the recordings’ fault.

These dumps will be added to the next release of MAME, although in the meantime you can already download them from this link (which will self-destruct over time): https://www.mediafire.com/file/q9n3tsmeuwz2v0b/mhobby037.zip/file

For the curious, these were the three errors found:

The first was some sound impurity that could be heard as a slight “pop” paying close attention, easy to solve:

The second was already somewhat more complicated since it was a slightly larger area. Being in the middle of a sequence of numbers separated by commas and knowing this sequence in advance thanks to the previous “imperfect dump”, it was possible to copy and paste the corresponding waveforms that had been repeated a little further back in the code:

The third one, towards the end, was also easy to fix:

And after these fixes, as if by magic, the checksum stopped appearing as wrong and we got the desired correct dump: