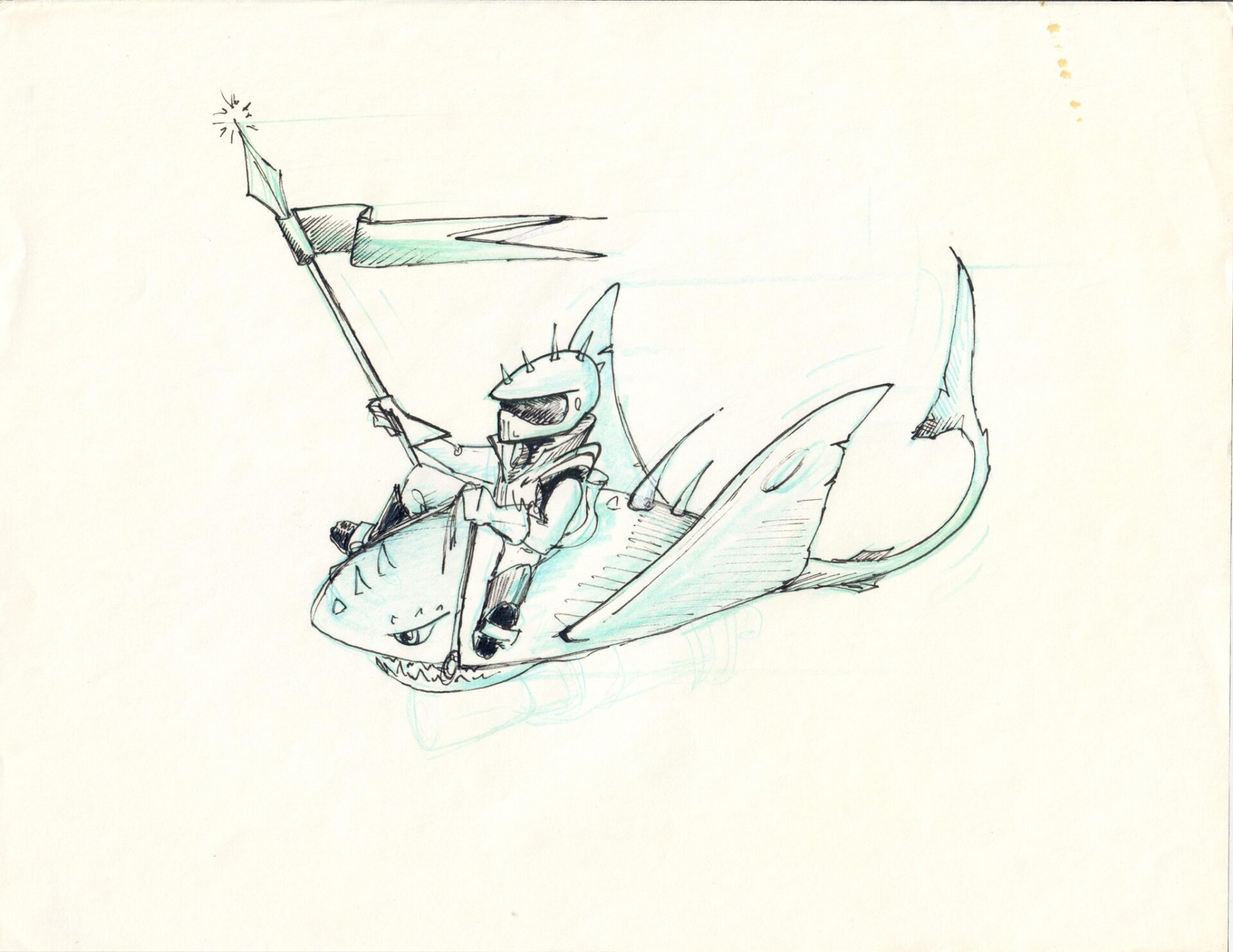 This was a concept for a flying mount

Concepts for a motorcycle, hover bike and motor unicycle.

A ‘gargoyle’ from the sky levels

Kid Chameleon: Beserker! This is the very first video game art I ever did.

Mark Cerny had this (at the time) very cool little instanct camera that took ‘photos’ and printed them out on little strips of paper. We used it to take photos of ourselves to help us with various animations.

I’d forgetten about the funky ‘sunglasses’. Mark got them for everyone. There were supposed to be specially designed to help make staring at a monitor for hours on end less hard on your eyes. I also remember having a little eye exercises we were supposed to do when we took a break.

We worked on a piece of SEGA proprietary hardware known as ‘The Digitizer’. It was two huge white boxes with a monitors it them. One monitor (with 3.5″ floopy drives) was used to create the art and the other to watch animations in.

For the Kid Chameleon fans out there… here is the flow-chart for all the levels in the game.

Mark Cerny’s goal was to have the largest (longest) game. In the end there was over 1,800 screens (if you laid them out side by side).

I can remember the designers handing us pages and pages of levels draw on graph paper, all VERY high tech.

I wish I had some of those still. I would make copies of them, then draw/color on them to work out what kind of art I would need to make and how it could be cut up into reusable chunks.

To be honest, some of the levels are just padding.

Conceptual graphics for Around the World in 80 days