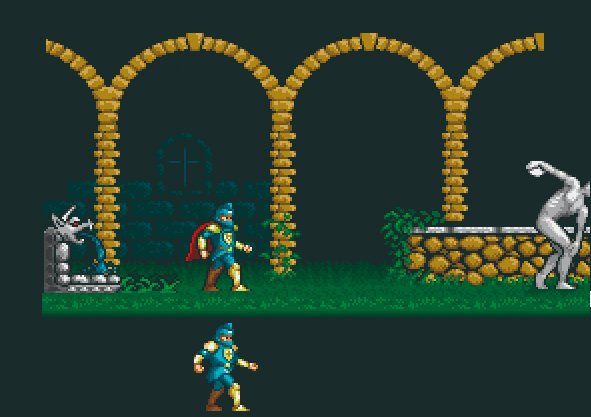 Conceptual art and graphics made by Carlos Abril, for the Dinamic/Inder arcade game.

The protagonist’s graphics were initially based on the sprites of the original Spectrum game, then they were manually rescaled, and then replaced by a version based on Madmartigan’s sprite from Capcom’s Willow arcade game.