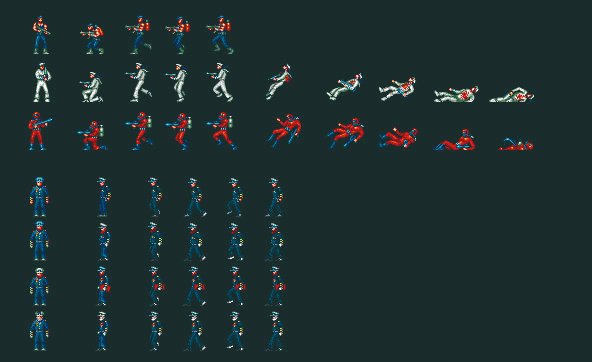 Graphics used in the Amiga and Atari ST versions of Navy Moves, by Snatcho.

Graphics from the game’s ending, with some animations which were removed in the final version.

The original game was made by my brother Nacho who made versions for the Spectrum, Amstrad, Atari ST… I don’t remember if he made the PC version. I made the Amiga and MSX ones but in the Amiga I allowed myself some ‘liberties’…

I remember that I added this to the Amiga version (though it might have been the same case as with the first ending of Phantis where, when the girl rescued the boy, they went out ‘testing their complementarity’, with her bouncing on top of him, which had to be removed… but I think this one stayed)

Ah hahahaha, I can already see the ‘censorship’ we did. In the first version, the guy lowered his shorts, looked at his third leg, made a “going up” movement and went towards them.