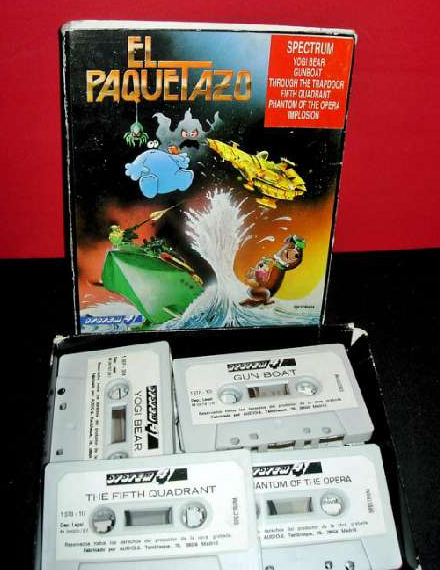 WANTED: TZXs of the games included in El Paquetazo for Spectrum.

UPDATE: The TZXs have been published on the channel and uploaded to SPA2. Each System 4 game can have two cover variants (depending on the office address), but the cassettes come from the same factory and both the cassettes themselves and their dumps look identical when compared. The editions found in the pack might have also been sold separately and it’s possible that there were some bundles with certain covers and some with others, depending on whether they had sold out those with the old address.

Relevant: Both Through The Trap Door cover variants distributed by System 4 (different address and phone) house identical cassettes in appearance and content.