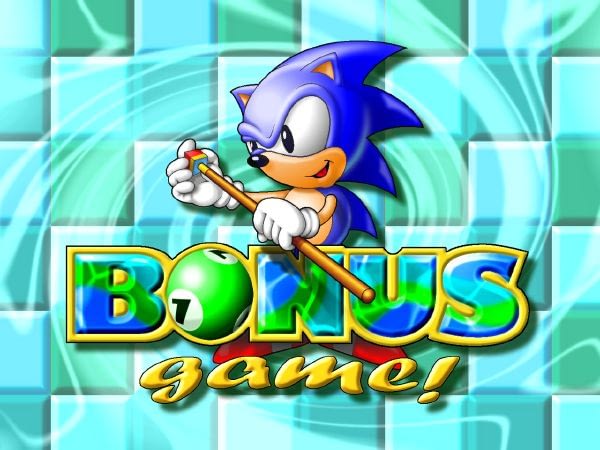 Before the Saturn version of Sonic 3D Blast/Flickies’ Island was finished, Peter Morawiec started developing a full mini game, hoping it was going to be added as a bonus stage. However, according to his own words, “the deadline was impossible to hit”, and Sega decided to add a 3D remake of the Sonic 2 Special Stage instead.

What was it about? Peter himself explained it to us:

Yes, the idea was that Sonic would run around to position himself behind a ball, go into a stationary spin-dash, then you could ‘aim’ your direction and… let go — the camera went overhead to show the resulting action as he smashes into other balls. The goal was to put all those balls away (into those portals) within one minute, or some such time limit. He could also push into the balls, but that wasn’t very fast and thus wasn’t the preferred way to play.

In later stages there were little enemies crawling around, making your job more difficult (Sonic would get hurt and lose rings upon colliding with them). There were some other arenas in the works, such as South-Western courtyard etc.

Referring to his old Sonic X-Treme project (not the one which appeared in some magazines), he told us something about the graphic routines used in Sonic 3D Pool:

Our sphere-renderer was used for things such as Sonic’s body parts (head,
belly, hands) and other characters/enemies. Sonic X-Treme was doing ‘spherical worlds’ which was really something completely different. There was no code or graphics assets shared between the two projects.

Original link to this article: http://sonicdatabase.com/S3Dpool/S3Dpool.htm