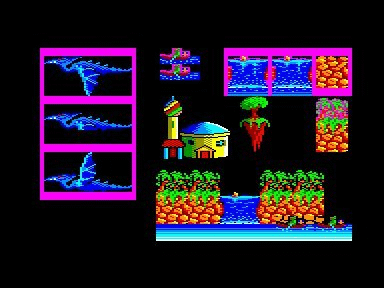 Some things that do not appear in the final version of the game:

There was also a version of Game Over II in which, instead of saving the protagonist of Nonamed, you rescued Commander Serena: