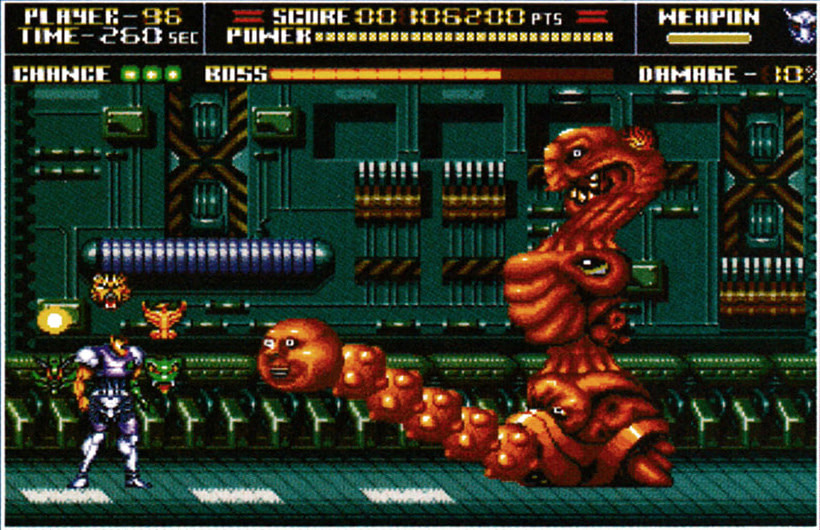 Around the same time as Gunstar Heroes was released last year, Sega had another Treasure game lined up for release. A game that used similar programming code as Gunstar Heroes. This time however, never saw the light of day! Only now have Sega decided to reveal this game – known as Alien soldier – and there’s a vague possibility that it could still be released.

The game is designed around one player who takes the role of the Alien Soldier, a very serious looking character. Throughout the game he can draw on a selection of masks, each of which gives him new powers such as flame-throwing, twin-shot or laser beams.

There’s little more than one level playable, but what is there is quite impressive, as boss after boss march onto the screen, from a giant walker to a mutant with two heads.

Admittedly, it looks less impressive than the likes of Gunstar Heroes, but it’s certainly more impressive than a lot of today’s releases. And who knows what later levels might have held? If Sega ever see fit to release this, it could well prove a success.